The skeptical cardiologist has many patients who are successfully using their AliveCor/Kardia devices to monitor for episodes of atrial fibrillation (afib).

The ideal personal ECG monitor, therefore,  would be able to reliably differentiate afib from premature beats for such patients.

I’ve discussed premature ventricular contractions (PVCs) here and here.  Premature beats can also originate from the upper chambers of the heart or atria.

Such  premature atrial contractions (PACs) have generally been considered benign in the past but a recent study showed that frequent (>30 s per hour) PACs  or runs of >20 PACs in a row were associated with a doubling of stroke risk.

For patients who experience either PVCs or  PACs the AliveCor device is frequently inaccurate.

Here is a panel of recordings made by a patient of mine who has had documented episodes of atrial flutter in the past and who monitors his heart rhythm with Alivecor regularly: 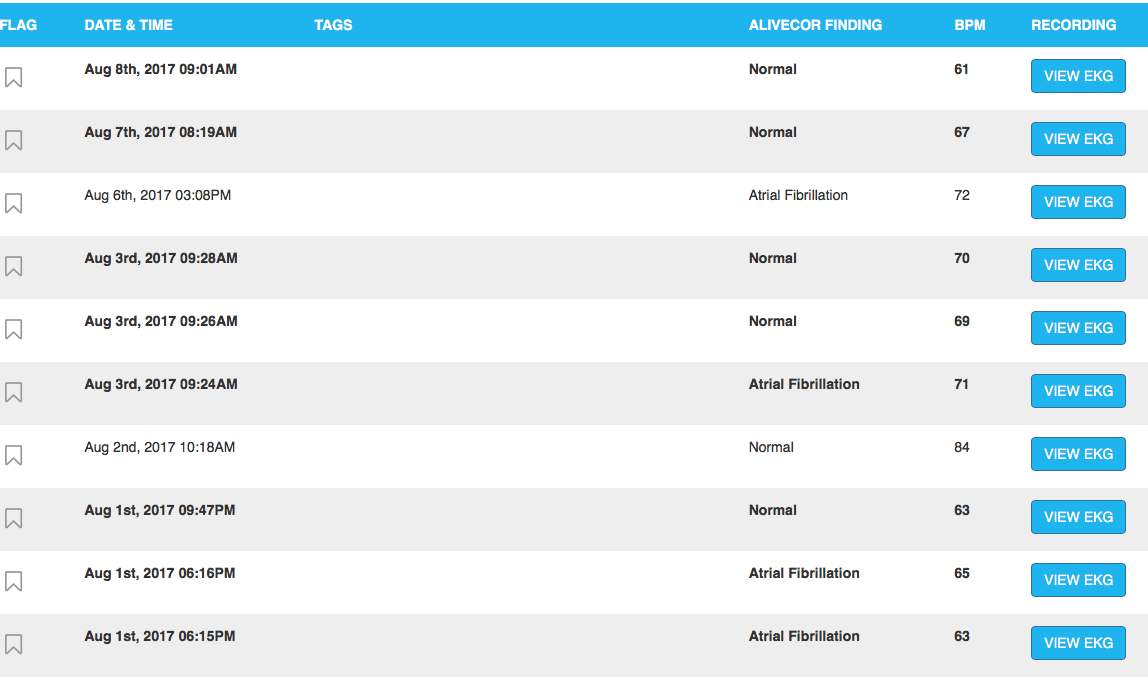 Of the ten recordings , four were identified as “possible atrial fibrillation.” 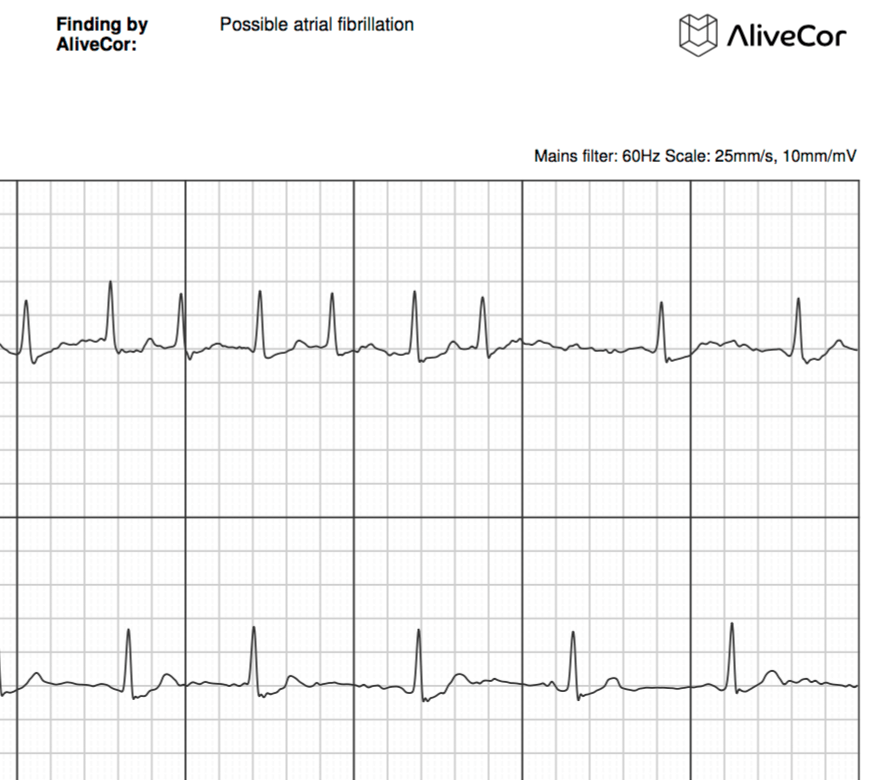 The other 3 recordings identified by AliveCor as afib are actually normal sinus rhythm with premature beats.

In addition, frequently for this patient AliveCor yields an “Unclassified” reading for NSR with PACs as in this ECG: 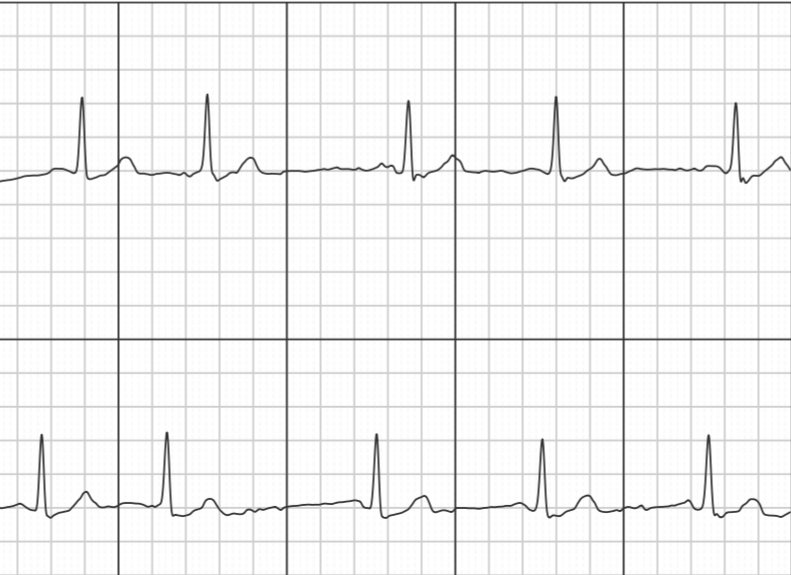 I wrote about the first patient I identified in my office who had frequent PVCs which were misdiagnosed by AliveCor as afib here.

Since then, I’ve come across a handful of similar misdiagnoses.

One of my patients began experiences period palpitations 5 years after an ablation for atrial fibrillation. He obtained an AliveCor device to rec  ord his rhythm during episodes.

For this patient,, the AliveCor frequently diagnoses “possible atrial fibrillation” but  all of his episodes turn out not to be afib. In some cases he is having isolated PVCs:

Premature beats sometimes are interpreted by AliveCor as normal. A reader sent me a series of  recordings he had made when feeling his typical palpitations. all of which were called normal. Indeed, all of them but one showed NSR. However on the one below the cause of his palpitations can be seen: PVCs.

I obtained the “Normal”  tracing below from a patient in my office with a biventricular pacemaker and frequent PVCs who had no symptoms.

A woman who had undergone an ablation procedure to eliminate her very frequent PVCS began utilizing AliveCor to try to determine if she was having recurrent symptomatic PVCs. She became quite frustrated because AliveCor kept reading her heart rate at 42 BPM and giving her an unclassified reading.

AliveCor is always going to call rhythms (other than afib) unclassified when it counts a  heart rate less than 50 BPM or greater than 100 BPM.

In this patient’s case, every other beat was a PVC (red circles). Her PVCs are sufficiently early and with low voltage so the AliveCor algorithm cannot differentiate them from T Waves and only counts the normal sinus beats toward heart rate.

The Normal Detector in the AliveECG app notifies you when a recording is “normal”.  This means that the heart rate is between 50 and 100 beats per minute, there are no or very few abnormal beats, and the shape, timing and duration of each beat is considered normal.

What qualifies as “very few” abnormal beats is not clear. The manual goes on to state that the AliveCor normal detector has been designed to be conservative with what it detects as normal.

What is clear is that premature beats  significantly confuse the AliveCor algorithm. Both PVCs and PACs can create a false positive diagnosis of atrial fibrillation when it is not present.

Consequently, if you have afib and premature beats you cannot be entirely confident that a reading of afib is truly afib. Strongly consider having the tracing reviewed by a cardiologist before concluding that you had afib.

On the other hand if you are experiencing palpitations and make a recording with Alivecor that comes back as normal do not assume that your heart rhythm was totally normal. While highly unlikely to be afib, your palpitations could still be due to PACs or PVCs.

If a patient of mine has an abnormal or questionable AliveCor recording it is currently a very simple process for me to review the recording online  through my AliveCor doctor dashboard. The recordings can also be emailed to me.