Well, I do care about deeply about people living with atrial fibrillation and pretty much all cardiac diseases  (except perhaps Schuckenbuss syndrome.)

That’s the major reason I write this blog. I’ve written a lot about Afib and have a lot more i want to write (I really want to write about antiarrhythmic drugs, i.e. drugs that maintain you in normal sinus rhythm.)

But I don’t find it particularly helpful to assign a disease to a month or a day so my posts on atrial fibrillation come out randomly dependent on the mysterious machinations of my messy mind.

It turns out that September, 2009 was declared National Atrial Fibrillation Awareness Month (NAFAM) by Senate Resolution 262 although Stop Afib.org wants us to believe September is eternally NAFAM.

However, the email prompted me to better organize my atrial fibrillation and stroke page (now containing all that I have written on the subjects) which I have copied below.

Take your pulse and prevent a stroke

TIAs and silent atrial fibrillation. Sometimes strokes present in unusual ways, like the inability to differentiated a spade from a diamond when playing bridge and afib is often the cause.

Estimating Stroke Risk in Patients With Atrial Fibrillation You can estimate your stroke risk using an app that utilizes the CHAD2DS2-VASc score. I prefer to call the Lip score.

Sustained Atrial Fibrillation or Not: The Vagaries and Inaccuracies of AliveCor/Kardia and Computer Interpretation of ECG Rhythm

How Well Does The AfibAlert Remote Hand-Held Automatic ECG Device Work For Detection of Atrial Fibrillation?

And One of Several Devices To Avoid: AF Detect

Posts About Treatment Of Atrial Fibrillation

How Obesity Causes Atrial Fibrillation in FatSheep and How Losing Weight helps prevent afib from coming back.

Foxglove Equipoise. When William Withering began treating patients suffering from dropsy in 1775 with various preparations of the foxglove plant he wasn’t sure if he would help or hurt them. After 240 years of treatment, we are still unsure if the drug obtained from foxglove is useful.

Should Digoxin Still Be Used in Atrial Fibrillation? Recent studies suggest that we should not.

Why Does the TV Tell Me Xarelto Is A BAD Drug? Anticoagulant drugs that prevent the bad clots that cause stroke also increase bleeding risk. A bleeding complication is not a valid reason to sue the manufacturer.  The lawsuit are strictly a money-making tactic for sleazy lawyers.

Cardioversion: How Many Times Can You Shock The Heart?

Ablation: Cautionary Words From Dr. John Mandrola and The Wisdom of a Team Approach

What Happens If You Go Into Atrial Fibrillation On A Cruise?

Are infographics really helpful? Someone should do a study on that. Perhaps we could use the money we spend on infographics in atrial fibrillation to research whether the left atrial appendage should be excised at the drop of a hat.

The first part lays out the problem of AF with patriotic bunting. 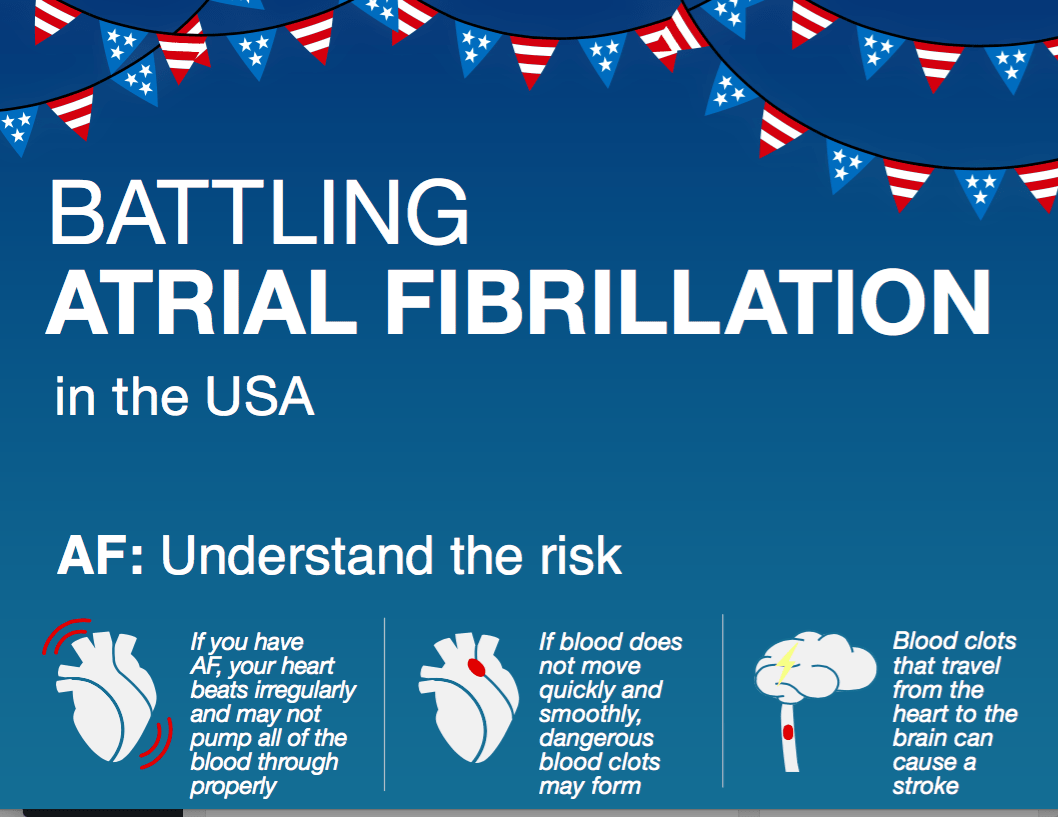 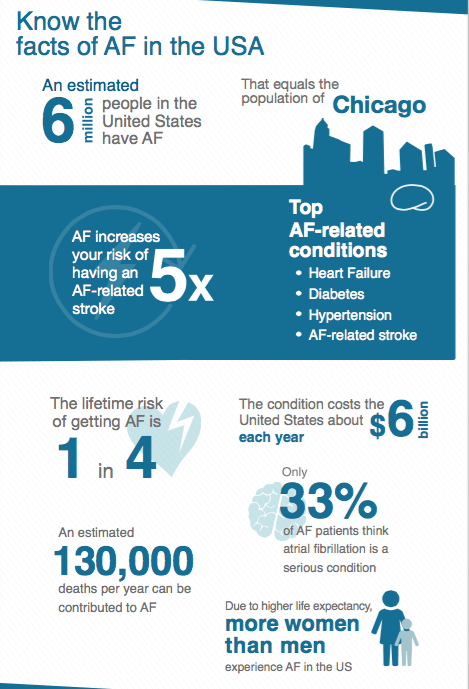 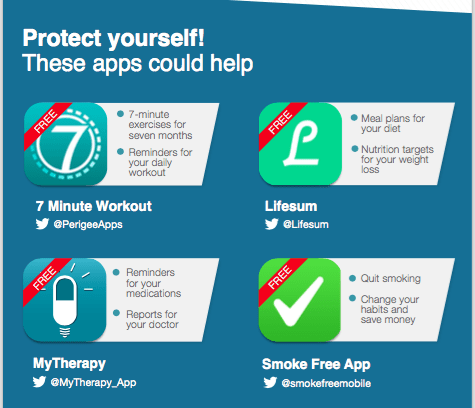 The third part explains why I got the email. A product is being promoted. The woman who sent me the email works for MyTherapyApp.